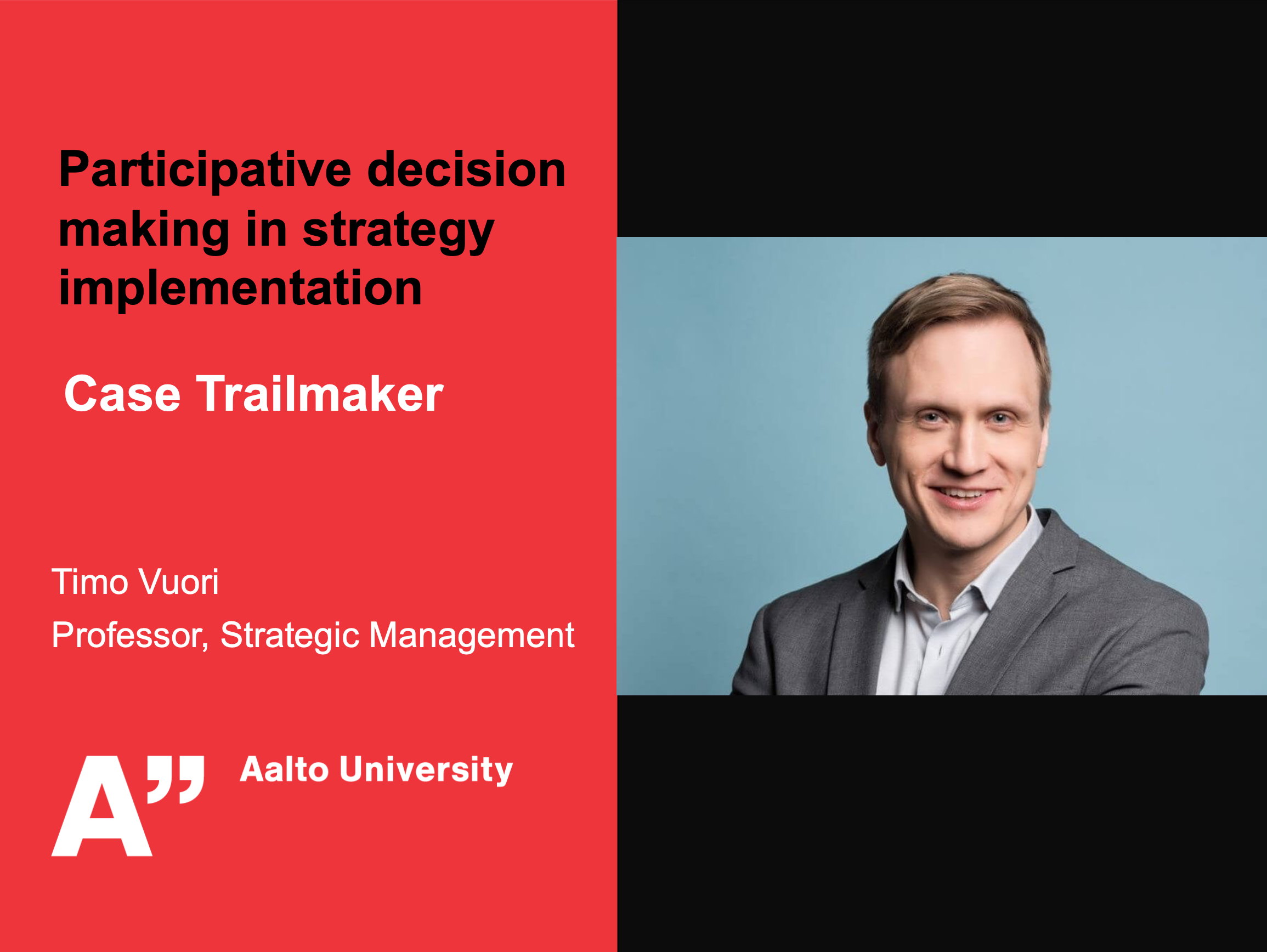 The qualitative study, conducted by a professor of strategic management at Aalto University, concluded that time is saved because of the participative decision-making process used by Trailmaker.

Professor Timo Vuori says that the success of Trailmaker’s concept is “consistent with earlier research” showing that when employees perceive decision-making as inclusive and structured, they are more committed to the decisions made.

“There's both the psychological benefit of getting people more committed and the more concrete benefit of making sure all relevant aspects are included,” he says. “This combination has been shown to save substantial time in strategy implementation.”

According to Professor Vuori, the concept that Trailmaker uses with its customers is classic participative decision-making as it “involves multiple people”.

“Trailmaker has a very structured approach and they will include people from an organisation at different levels and cross functionally,” he says.

In extensive interviews with Trailmaker’s customers, Professor Vuori discovered that one of the key benefits of the Trailmaker concept is to avoid substantial delays in strategy execution.

In his view, the Trailmaker concept saves time in three primary ways.

The first part is the execution planning stage, where common understanding is efficiently formed with a well-structured process, Professor Vuori says, “saving months as essential decisions are enforced in an efficient and participatory way.”

“Then there is the speed of implementation because of increased commitment in the organisation. When people are more committed to strategy they tend to work more, work more proactively, and start their actions a bit earlier than if they are less committed.

“Thirdly, time is saved by avoiding duplicate work. This part is analogous with building the walls of a house before building the floor. A proper participatory process gives you the right sequence of actions before you start executing.”

“The most interesting thing for me is that there is so much wisdom in organisations: leaders and managers know a lot and are capable of thinking in a very smart way when they get time and space.”