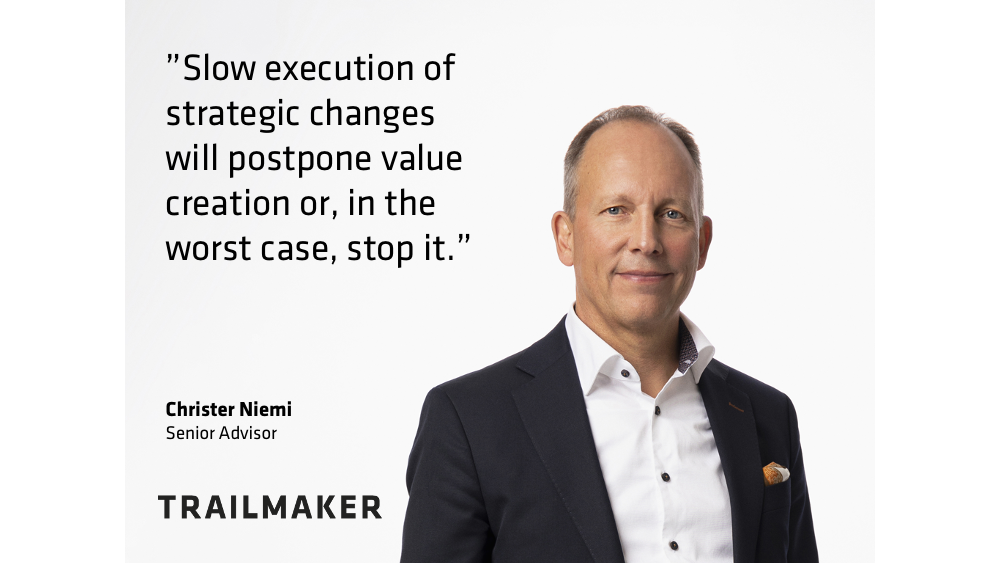 Private equity (PE) investors always aim for solid investment cases and high return on invested capital. PE investors have limited time for executing all planned development plans for value creation. That is why PE investors spend a lot of time and resources during preparation of a single investment. They need to understand thoroughly the relevant market, competition in the market and all relevant development opportunities for the company’s value creation.

Right people and team for the case is very crucial for a successful investment and very often one of the most important success factors. The team need to have relevant experience to support the planned changes in the company and the team must share a common view of the value creation plans as well as a common view of executing the plans.

Normally PE investors have some 4-6 years to form and execute all decided growth and development plans for value creation. As said, PE investors use a lot of efforts and resources in preparing the plans and they often utilize outside resources, experts and consultants for this.

According to a recent white paper study by EBRD, there are more than 20 common action items driving PE value creation and they can be grouped as follows: 1) operational improvements, 2) top-line growth, 3) financial engineering and 4) cash management. This empirical study tracked value creation action items but also execution of actions over time. One major outcome from the study was that it’s not the sample of planned actions that is relevant for value creation, but execution of these actions.

Execution has its own challenges. They can be caused by lost momentum and/or energy after thorough deal preparations and negotiations. Very often PE investors experience friction and slowness in executing decided plans early in the holding period. Execution might also be halted by resource or competence constraints in the beginning or later during the holding period.

Reasons for slow execution or in the worst case no execution, can in some cases be found in the strategy assumptions themselves or in unexpected market changes.

But mostly slow or no execution is a result of the following:

Fast and efficient execution of value creation plans is the key for successful investments, whereas slow execution will lower the expected investor returns.

Slow execution of strategic changes will postpone value creation or in the worst case stop value creation. In most cases with slow execution, the holding period for a particular investment will be prolonged. This will negatively affect the investor return as a function of time. The slow start might also leave some of the changes unexecuted or badly executed, which will also impact the expected return negatively. One or more extra years without the desired development will easily destroy investor returns. 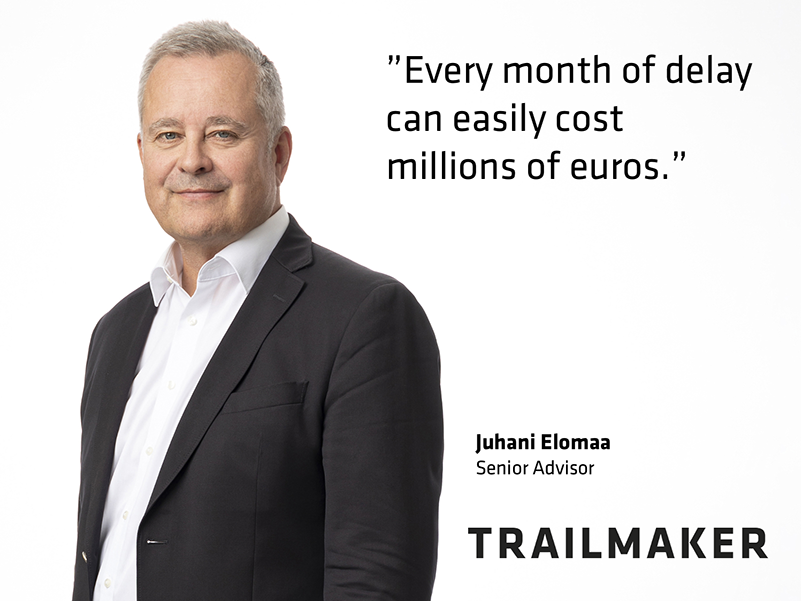 The typical delay in strategy execution costs companies at least one year, and 90% of strategies fail in the execution stage, says Senior Advisor Juhani Elomaa. “Companies instinctively know that time is money, but no one calculates exactly what it costs to delay by a year.” 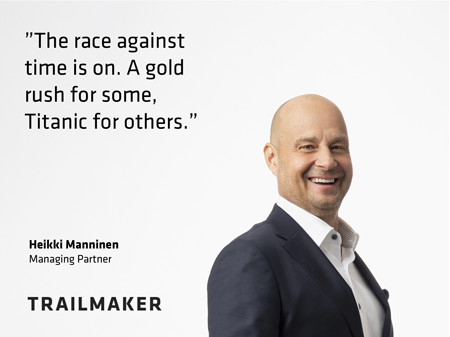 A race against time is on.

In the past years, powerful megatrends have started to impact our daily life. Climate change, the environmental impact of plastic usage and new energy sources are well known topics for all of us. For large corporations, these forces create major opportunities but also major threats. Opportunities, because those making the change fast enough will be on the winning side. And threats because whoever cannot change fast enough will soon be left behind. The race against time is on. A gold rush for some, Titanic for others. 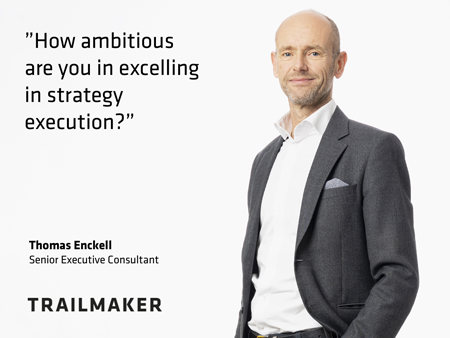 How ambitious are you in excelling in strategy execution?

After 20 years in international executive positions, I have now spent 2 years supporting different businesses succeed in their strategy execution. Here briefly some of my learnings and observations.